Franck Michel and his nephew, Vincent, took over the domaine from Franck’s father, René in 1996. Franck (in his mid 30s) is the cellar master and runs the day-to-day at the domaine while Vincent (27) is in charge of the vineyards. [Vincent’s father, Denis, chose to take care of the family’s cattle] The Michel family has been producing Mâconnais wines for six generations in the village of ‘Cray.’ Since 1998, when the Viré-Clessé appellation was created, the Michels have produced a lineup of four Viré-Clessés and a small amount of Mâcon-Villages from vines they own just outside of Viré-Clessé. Their total exploitation amounts to 37 acres. 100% Chardonnay is planted on clay-limestone soils. The average age of the vines is 50 years. 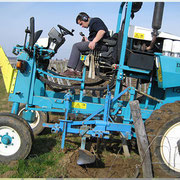 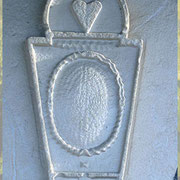